It’s no secret that the majority of styles in graphic and web design were created under the influence of works of art that have already been created. And bright, lively style pop art isn’t an exception. It fits perfectly into the modern world and has gained great popularity. Let’s dive into the details about the pop art.

Pop art as a comparatively new artistic movement that was born in 1952 when members of the newly formed “The Independent group” started to involve elements of American mass culture in their pieces of art. The community included the painter Richard Hamilton, sculptor Eduardo Paolozzi, design critic Reyner Banham and architects Peter and Alison Smithson. New wave of pop art development has started in the 1960s, when american artists exploited pop art images along with visual effects on mass media sources, including consumer advertising. They used tin cans from soups, packaging from popular products, replicated photos of stars, an exaggerated animated image style, borrowed from comics, etc. There was one more development branch in Great Britain, but exactly the USA is considered to be the pop art’s motherland.

So what is pop art?

This is an artistic direction where ordinary objects are used in an unusual context. The artist creates a new reality, he or she does not follow strict rules or regulations and focuses on ordinary people, instead of pretentious snobs. common people.

There are several features of pop art style that can distinguish it from other styles of design or art. First of all, artists always use bright colors to grab the attention of their target audience. Young independent people are attracted to bright colors. Compositional decisions are always dynamic and unexpected. And the main characters usually are famous figures (singers, actresses, politicians). Pop art often uses collage and kitsch techniques. And also, drawing style from comics. Fat outlines, living heroes that are about to move, and the technique of raster points, as if printed in a printing house.

Youth, dreaminess, glibness and easy naivety in the paintings of this style is considered to be a reflection of the real American dream.

The most famous artists of 1960s are:

They emphasized social equality: people could compare themselves to other consumers. You can drink Coca-cola, and your president drinks the same Coca-Cola — that was the point of advertisement, created in pop art style.

Today, artists associating themselves with being pop art artists, retain the general outlook of the style. Besides they do offer new methods to broaden the pop art philosophy. They present refreshing results, implement pop art in website design and create new pieces of art, digital pieces of art.

Here are some of the popular websites inspired by the pop art :

Speaking about pop art and graphic design, Lobo is one more artist to be considered. He is a brazilian painter who began his career in 1991. He mixes the Brazilian culture with several other cultures, influenced by Keith Haring and Andy Warhol.

How To Create your Own Pop Art

Let us give you some tips to apply pop art to your graphic or web-design.

Focus on the main points

First of all, we have laid down several central themes of this movement. Different artists endorsed or critiqued the capitalism, no matter. They had a more important mission: to show, how abundant and sufficient their postwar society is and which circumstances lead to development of consumption society.

Use old-fashioned or modern celebrities

The golden period of pop art is considered to be connected with Hollywood, TV, mass media, celebrity and fashion culture. And is it possible to say that everything has changed in 2019? Nowadays everybody has an Instagram blog and can become world-famous in 15 minutes, exactly as Andy Warhol predicted. His series of artworks with Hollywood stars provided the inspiration for a lot of covers, e.g. Tatler magazine. Maybe Kate Middleton is a new Monroe for our society?

Postwar mass media had a defined goal — to represent new and happy world, where people are rich, wealthy and satisfied with their lives. And maybe they have gone too far with this, and became an inspiration for pop art artists. They tuned to media for reference and borrowed not only aesthetically but also physically, so new created works become even more recognizable and understandable for most people.

Take a look at these political posters. They use extremely popular images, and we perceive this absolutely normal. It’s not borrowing nowadays, it’s inspiring.

One more example to show how you can be inspired by mass media visual sources. These set design breaks down the barriers between rich and poor, between exquisite and mass art.

Modern art is rarely connected with some ubiquitous or banal objects. Artists and designers are looking for new senses, new forms, extraordinary ideas to share their vision. But it isn’t about pop art. Of course, nowadays we can afford more than people 1960s, we can buy products that were used to be scarce, so we can change an approach to pop art web design, changing its tools, but not vision.

Transform Coke Zero or burger into a piece of pixel art and a lot of attention is guaranteed. No need to complicate.

All of the best pop art works have a lot in common. The same fonts, the same colors and proportions. Artists highlight and repeat objects to emphasize the issue of mass consumption. The more you duplicate them, the more people will get involved.

By separating material from its context, you can remove of emotion. For example, Andy Warhol’s famous banana doesn’t look like a usual banana in your fruit bowl. It’s exaggerated, oversized and brighter. In general, it’s not a product, it’s a piece of art. Remove objects from their context, combine them with some other images and create new, unexpected associations. Of course, playing with the common topics such as fame, materialism and consumption.

You may think that bright collages are something from 2019, but it is a pop art as it is. Artists combined images as they wanted — no matter how similar they are, are they from political advertisement, comic book or popular magazine. Using this effect you can create an interesting analogy between the society and mass culture and make your own pop art and graphic design statement.

Looking at postwar media, goods, clothes, you can see that that life was filled with color. It was necessary to convey the optimism and faith, to show people how beautiful our life is. That’s why artist used saturated colors to vivid effect. They became distinguishing features of pop art. Combine bright yellow with purple, green with yellow, red with orange and make it as sharp as possible.

Don’t forget about clean lines, reproducing, overlaying and combining images, don’t be shy to leverage your knowledge and brave ideas. Reflect everyday life of our society and you’ll create an extraordinary pop art web design. We have other problems, other issues and challenges, so there is a lot to do. Who knows, maybe you’re the next Andy Warhol! 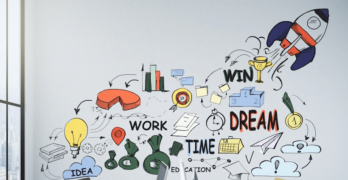 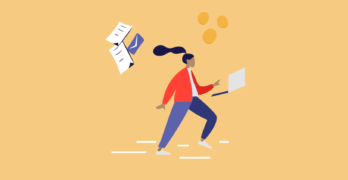 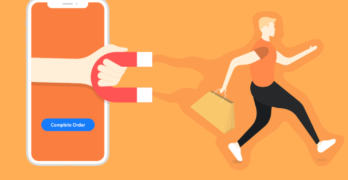